Here are some pictures from the 1970s. The pic of Wade Meyers and me was taken in January 1974, just before he drove me to the airport (in his VW "Peace" bus) to fly to Cambridge for Multics training at Honeywell's Cambridge Information Systems Laboratory (CISL) in Tech Square. A very memorable stay. Dave Vinograd was assigned to mentor me and Alan Bier.

I recall that the company put me up at a Howard Johnson's hotel on Memorial Drive, overlooking the Charles. I would log in every night for 4-5 hours online on the CISL machine, using my TI "portable" (about 50 pounds I think) terminal. The management of the hotel asked me to stop by and pay the hotel bill at the end of the first 6 weeks there. When the desk manager pulled up my room bill, it showed over $800 in phone charges (I had misread the sticker on the room phone -- it said 10 cents per MINUTE on local calls.) I nearly fainted, thinking I was sure to be fired.

The desk manager looked at the total, scratched his head and said something like, "Well, this can't be right. Nobody uses a phone that much, unless it's off the hook. About how many local calls per day did you make?" I told him the truth -- no more than 3 or 4 (we had relatively frequent service disruptions), not mentioning the length of the typical usage. He charged me $10, I believe, and I was SAVED. Alan Bier used the same ploy, I believe.

I think it was May of 1974 that we carried the first Multics system tapes to Phoenix to start up the local service there on System M. For about 18 months, I managed O/S installations at the Camelback facility and ported a number of software packages to Multics for the AFDSC contract, including converting testing and maintaining language processors for Cobol, Jovial, Algol, and several strange versions of APL. Somehow I also picked up support responsibilities for LISP. I think it was the total incoherence of the LISP macros that Bernie Greenberg kept sending me that convinced me to move into marketing.

As I recall, Bernie called it a wise move, too. 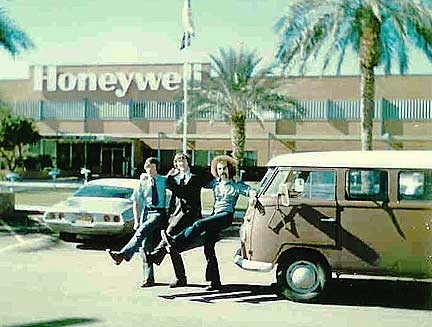 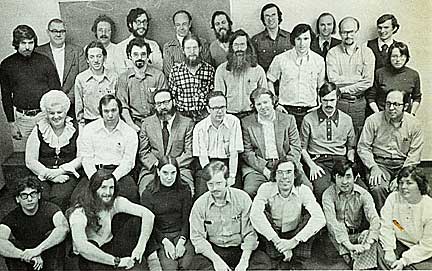 Click on the picture for a PDF image (262K) of the Honeywell Printout (LISD newsletter) with CISL and PMDC group photos.